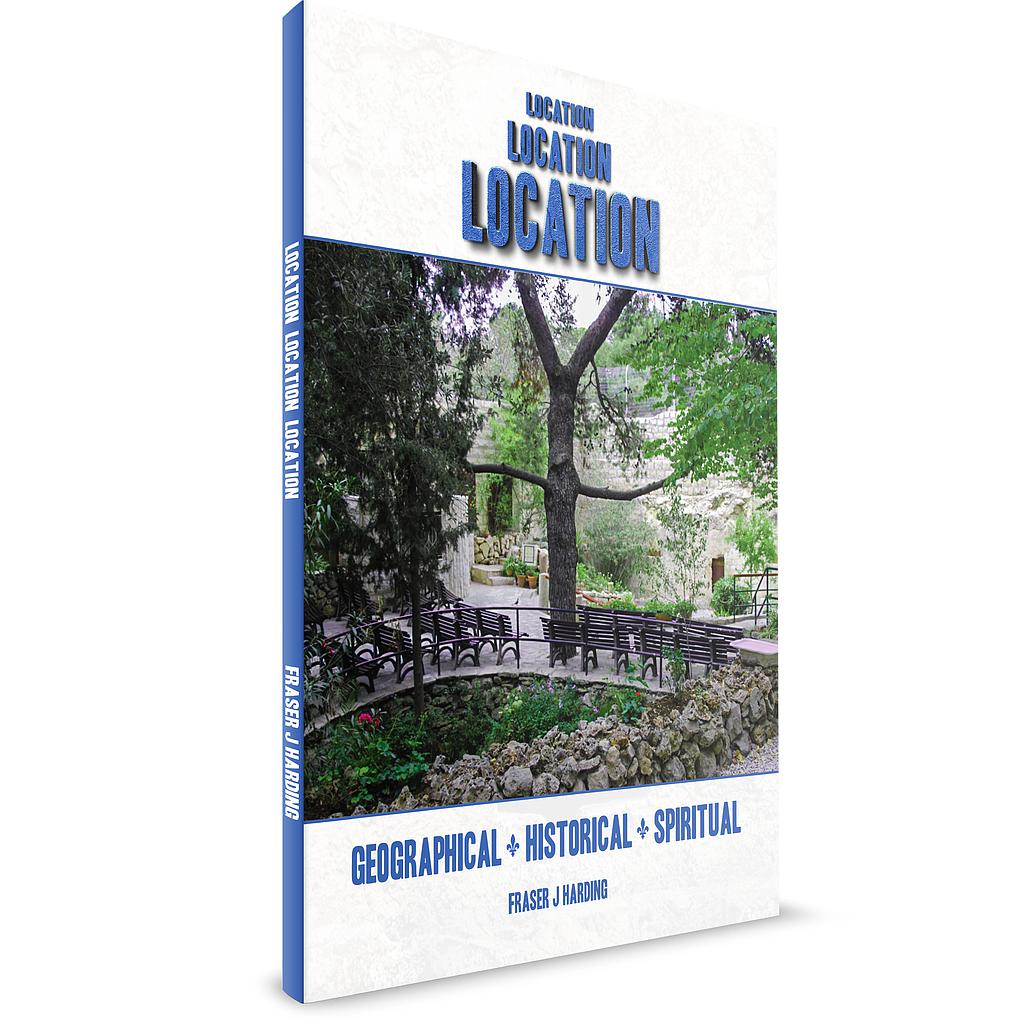 'Location, Location, Location' is a modern-day mantra of real estate agents. It may convey different meanings to different people, but what it does indicate is that the place being referred to is of value and significance because of its particular location.

Author, Fraser Harding first visited Jerusalem in February 1969 shortly after the Six-Day Arab-Israeli War. He subsequently led pilgrim tours to the land of Israel and other countries in the Middle East over a period of 20 years. Between the years 2010 to 2014 he was a volunteer guide at the Garden Tomb in Jerusalem, the first Australian to fulfill that role.Using this three-fold mantra, Fraser relates his involvement at this location in the context of its geographical, historical and spiritual significance. Although primarily biographical, this work includes a biblical expose revealing the undeniable facts concerning the historical person of Jesus.